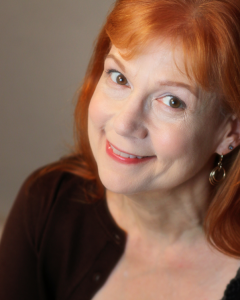 Navida Stein plays first violin, has been featured as a narrator, and is a founding member of QUO.

How did you come to join QUO?
I had just started playing with another orchestra. One of the violinists told me about QUO and that they were looking for string players. She had attended the very first rehearsal, but rehearsals were too late for her. She handed me her music and asked me to return it for her, which kind of corralled me into at least checking out the group. I came to the second rehearsal in the cafeteria of the now defunct GMHC and felt at home. I hadn’t played classical music in a while and felt comfortable that since this group was just starting I could grow along with them as a musician and no one was going to judge me for missing notes. Although I didn’t play the first concert as I was working as an actress out of town that fall, I was back for the next concert, and the next, and the next. I really adore the people in QUO and appreciate the opportunity to make music and strive for musical excellence.

What is your favorite place to take friends visiting NYC?
I have two favorite places and both are filled with stories. The Highline/Chelsea Market as long as it is during the week! I don’t set foot in either place on the weekends! Unless of course I am playing a QUO concert like on Saturday, August 15th. I enjoy telling folks about the history of the old Nabisco Factory & the Piers. My other favorite place is the Bronx Botanical Gardens. I always try to see the Orchid Show each year. It is a place filled with elegance, peace and tranquility and where I can get a little bit of green back into my life. And perhaps a perfect place for another QUO concert?

What musical symbol best defines you and why?
The treble clef. I play a treble instrument, I’m a soprano and I love the fluidity and lyrical curves of the treble clef. I am always attracted to lyricism in a story or a piece of music.

How long have you been playing your instrument?
My parents were both committed amateur musicians. They loved classical music and instead of playing bridge on a Saturday night they’d have like-minded friends over to make music. Their passion was early music, so our living room would be filled with recorders & a viola da gamba one weekend and singers singing through Buxtehude or Bach cantatas the next. My mother always made a great dinner and then afterwards the music would begin and go late into the night. My older sister and I would sit on the stairs, listen, watch and usually fall asleep to the strains of Baroque music. Instead of some popular sheet music of the day, on our piano was the English Reliquary of Song and Bach chorales. When it came time to choose an instrument in the 5th grade to learn, my older sister chose the cello and as she took lessons that summer. I came along and begged to play a stringed instrument too, even though 5th grade was a long way off. The violin was chosen for me, so that my sister & I could play duets. Then my younger sister learned the viola and we had a string trio. My parents believed in the power of private lessons and I am so thankful to have had great teachers early on. I owe my excellent vibrato and good tone to Miss Marion Shook, principal 2nd violin in the Des Moines Symphony. One reason I kept playing (other than the fact I thought that was going to be my career because I got a BA in music and taught Suzuki violin) was that I loved the experience of making music with others. There is nothing like it, except maybe creating theater together! The other reason I kept playing is because I met such beautiful people wherever I played. I’ve had a dual love for theater/storytelling and music and many times the two have intersected. In my career in the theater I have often booked the jobs where they are needing actor/singers who also play instruments. Or when I’ve been cast and they find out that I’m a violinist, the director works it into the show. I have been playing violin for over 35 years! Wild to say that. And how I wish I had practiced my 3-octave scales a little more diligently! Would have helped me when playing Copland’s 3rd Symphony! In fact, when I practice now, I really embrace the beauty and precision of practicing scales and patterns.

Question from Travis: In addition to violin, you’ve also appeared with QUO as a vocalist and narrator. What piece would you most like to do with QUO in one of those roles and why?
Great question Travis! As a theater artist, I am always interested in new work that incorporates text with music. I would love to do another new work with QUO that weaves together text and music and maybe stage it on a grander, more theatrical scale, interacting with both audience and musicians. As a singer I’ve often thought it would be a great QUO crowd-pleaser to do Mrs. Lovett and Sweeney’s songs from Sondheim’s Sweeney Todd and stage it theatrically, maybe using projections in the back alcove. Of course, I would sing Mrs. Lovett! And maybe Travis’ husband would want to sing Sweeney, since he’s back from being on the Wicked tour. The possibilities for musical theater and orchestra are endless! I even suggested to Julie, after we had a little taste of B’way & QUO at the Gay-La, how much fun it would be to do a Cole Porter (or Gershwin or Weill or…) medley with singers and orchestra. The Great American Song Book & QUO!