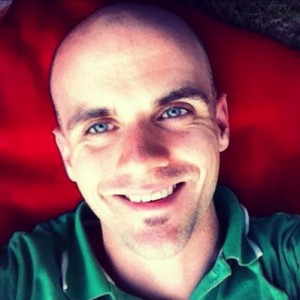 Matthew is our oboe section leader, and is a founding member of QUO

How did you come to join QUO?
I actually joined QUO at the very beginning–when we were still rehearsing in the cafeteria of the old GMHC space in Chelsea. I heard about QUO through friends from our sister organization, the Lesbian & Gay Big Apple Corps. I grew up playing in concert bands, and played briefly with an orchestra in college, but I was intrigued to try new things in the world of music (and fancied that I might one day try my hand at a stringed instrument again [my first instrument at the age of 7 was the violin]), so I jumped at the opportunity to be one of the founding members of QUO!

What’s your favorite place to take friends visiting NYC?
Anytime I have people visit me in NYC, our visits always revolve around food; I love all the museums, cultural activities and other major attractions about New York, but for me New York is best represented through the variety of her cuisine. My favorite go-to is a little 20-seat tapas restaurant in the West Village called Las Ramblas; I think any and every person who has ever crossed my threshold on their way through New York has been treated to Las Ramblas and their excellent food, and–of course–porron! Also–it’s down the street from Duplex–the one and only drinking establishment I’ve discovered in New York City that is equally appealing to all ages, creeds and backgrounds!

What musical symbol best defines you and why?
The Key Signature. It’s a delicate balance of structure and spontaneity, just like me! I like things to have order and be as planned out as possible, but with the propensity to shift and change as the mood and time progresses–to something different, but just as equally ordered as the signature that came before.

Question from Alva: Which instrument is more challenging: oboe or English horn? And why?
That is a tough question! They both have their eccentricities, but honestly, the oboe is harder for me, personally–but not because of the instrument itself: more for how composers write for it versus how they write for the English horn. As a musician, I have always been more drawn to lyrical phrasing in favor of highly technical passages. Especially in orchestral rep, oboe parts are often filled with a LOT OF BLACK on the page, whereas the English horn is generally employed to bring a different tone or color to a piece, and is often written in a plaintive or melancholy tone that is expressed quite frequently in long tones and slurred passages. Both are difficult in their own ways, but for me personally, I relish the difficulties that accompany sustained tonality and control of expression over the technical complexity of sextuplets written in the stratosphere of the oboe’s range!