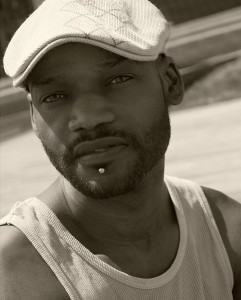 How did you come to join QUO?
It had been several years since I had performed with an orchestra. I remembered the feeling of joy and happiness when I played my viola with other instrumentalists, whose love of playing music is also shared with others. So, I searched online to see about joining an orchestra where I could feel welcomed and not having to worry whether or not I would be treated differently because of my skin color or my sexual perference. QUO is an orchestra that supports the LGBT Community. I thought it would be the perfect fit. So, I contacted QUO in Dec. 2011 and joined them the following month, Jan. 2012.

What is your favorite place to take friends visiting NYC?
My favorite place to take my friends and family members is my neighborhood. I live in downtown Manhattan beside the Brooklyn Bridge so, there’s a lot to see. I’m steps away from shops, restaurants, museums and parks in the old Seaport District, Financial District, Wall Street, Battery Park, The World Trade Center, City Hall, Civic Center, Tribeca, Chinatown, Little Italy, Two Bridges, Soho and of course the Brooklyn Bridge.

How long have you been playing your instrument?
It was the beginning of my 5th grade year when I noticed my classmates leaving class to play their chosen string instrument that they had rented from a music store. I thought that was awesome, so the next year I signed up. I was then 11 years old and knew I wanted to play the cello. So, my mother and I went to the music store to pick up a cello, but there were none left. I was disappointed, but the salesman gave me a viola. Although it was not a cello, the viola shares the same strings as the cello (A, D, G, and C strings). These strings have a deeper tone than the violin which most intrigued me. I developed a love for the viola and decided that perhaps the salesman gave me the perfect instrument. Now 30 years later, after once learning to play the violin, cello and piano, I’m still committed to playing the viola.

Question from Jenn: In what ways has music impacted your life? Have you made some tough decisions regarding music and your pursuit of performance?
Playing the viola has impacted my life in a great way. It’s given me the opportunity to express myself without speaking. I was taught by three excellent, well-established teachers. I once received a scholarship to attend the UNC School of the Arts where I met other talented musicians who continue to share the same interest of music. I couldn’t imagine my life without it.