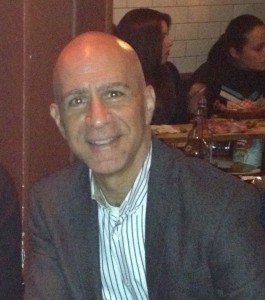 How did you come to join QUO?
When I re-joined LGBAC in 2013 I learned about QUO from my fellow woodwind players. I visited QUO’s website for more information and applied to be on the waiting list for the bassoon section. After just a few months I got a call asking if I would sub in the next concert for QUO’s principal bassoonist would be away on business. I jumped at the chance. And the rest, as they, is very happy history.

What is your favorite place to take friends visiting NYC?
That’s a tough one. I lived most of the last 30 years in Westchester. I only moved back to NYC in 2012 – and then only for three years before recently returning to Westchester. So I don’t have a ton of experience showing visitors around. But in the brief recent time I lived in the city I would always want to show visitors the “green.” I’d take them on bike rides or walks up the Hudson along the beautifully restored riverfront, then through Riverside Park and Central Park. Even the urban sights have their “green.” The obligatory stop at the main branch of Public Library allows visitors to stop and enjoy Bryant Park.

What musical symbol best defines you and why?
I’d have to say the tenor clef. I complained for years about the need to have to read it and it took me years – decades, really – before I could read it fluently (without having to pencil in the names of the notes). Mastering tenor clef remains one of my proudest musical achievements.

How long have you been playing bassoon?
I’ve been playing bassoon on-and-off for 47 years. I started on alto sax in elementary school and switched to alto clarinet in junior high. When I was a freshman and the opportunity to play bassoon presented itself I jumped at it. I got a paper route to pay for private lessons and in three months I was playing. I continued bassoon in college but then put it down for 20 years. When I moved to Westchester in 1994 I bought a used plastic Fox student model (that I still use today) to play in the pit of a local teen theatre production of OLIVER! (great bassoon part!). And except for one more brief hiatus, I’ve been playing ever since. I can’t imagine my life without making music. And I’m so grateful to be able to do it with the terrific musicians of QUO.

Question from Sam: What non-bassoon concerto would you like to re-purpose as a bassoon (or multi-bassoon) concerto and why?
Well, it’s not a concerto but I’d love to play a bassoon transcription of Massenet’s “Meditation” from THAIS. It’s scored for violin (which is my favorite non-woodwind instrument). It’s such a plaintive and lyrical piece that I think would sound amazing on bassoon.